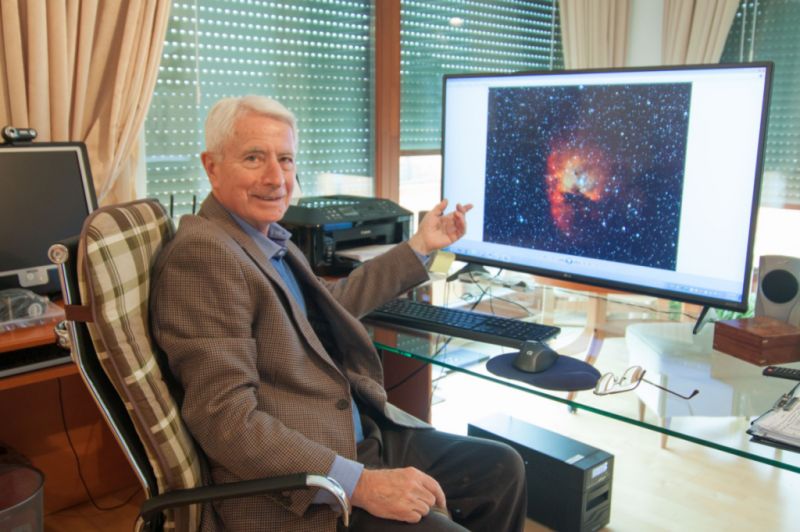 Unfortunately, the sky just got clouded and the Canon750's battery was exhausted at the same time, though I wanted to bring the Jet centered, but I had to break the series, so there are no more pictures of it. Later I couldn't repeat the recording because it was cloudy for several days.

There are also associated RAW images. 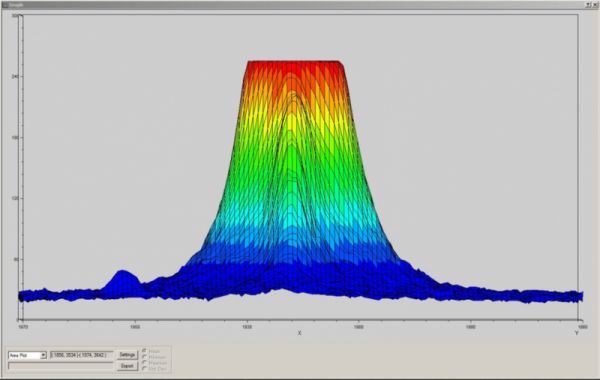 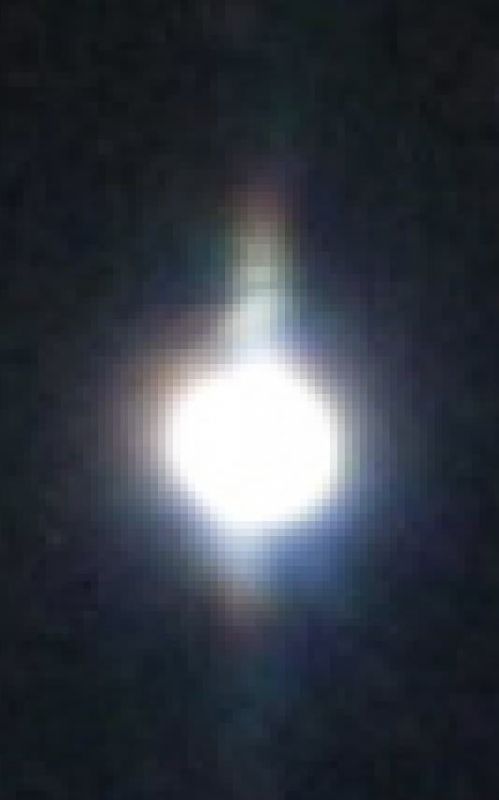 Indeed, "there is something" beside the star on two sides, cca. 180 degrees to each other. Since no other star of the same brightness produces this phenomenon, I would exclude optical errors.

There is some driving inaccuracy in the recording (which, due to the short focus and the 5-minute expo, is not so small…), but it is not relevant in this matter. In addition, the direction of the driving error is almost perpendicular to the axis of the phenomenon, so it can be well separated from it.

The star is a blue giant star of 19 Aurigae, according to the catalog, producing 0.06m smooth gloss changes.

Moreover, I do not exclude, it is possible to a material rejection, a jet; all the more so that the material bridge shows a definite structure. That is, there are clumps and material shortages. (See graphs attached.) In addition, the bluish spectrum indicates that the star is hot, which is understandable because it is much larger than our Sun.

In an article in 1999 (written by Russian researchers based on the datas of Hipparcos), the jets are not mentioned yet, although they have come to the star: they have shown that it is actually variable.

As soon as the sky gets clear, I'll make a control shot to confirm and measure a very accurate brightness with a V filter. Until then, I don't think to communicate anywhere (no one will take things without confirmation, but the reinforced can already reach the threshold of some “professionals”…).

Top of the page
Az oldal a Wezzpage szerkesztővel készült.